Christopher Dion (left) and Ken Fourcloud, both of the Crow Creek Sioux Reservation, ride through the resistance encampment against the Dakota Access oil pipeline on September 8, 2016, near Cannon Ball, North Dakota. Dion carried a replica of the flag carried by U.S. cavalry soldiers before their defeat by the Sioux at the 1876 Battle of the Little Bighorn, or as it's more commonly called among the victors, the Battle of the Greasy Grass. 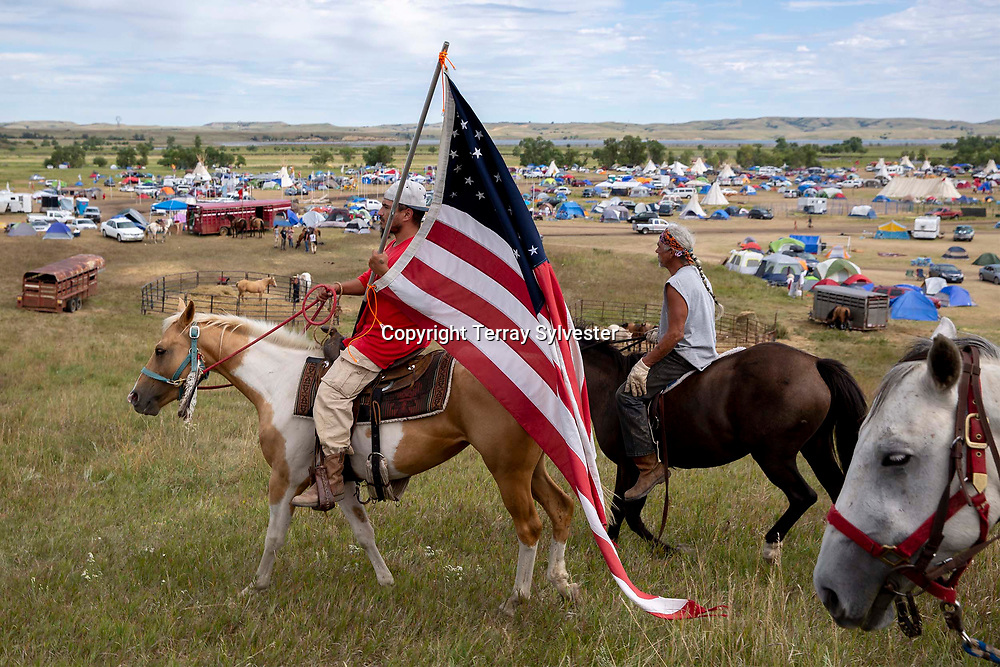